Juliet Binoche, who proved herself in cinema at a young age with her clear expression and power in acting, maintained her success over the years. She continues to shine like a star in the list of actors that came out of France and influenced the world.

After studying at the conservatory in Paris, Juliet Binoche, who took a step forward in acting, carried her name into the list of successful actresses, working with some of the world’s most important directors. The actress is the daughter of an actress and a sculptor; apparently, she grew up in a house full of art. Juliet Binoche, who has received many awards from Oscar to Cannes, is always loved with her modest personality. The most recent film starred by the actress, who appeared as the leading jury at the last 69th Berlin Film Festival, can also be seen in the movie theaters; it is a highly acclaimed movie titled High Life. We asked Juliet Binoche about her long and successful career.

You’ve played on many successful movies so far, when you get an offer which criteria are important to you to choose such good movies?

When I made my choices, I always paid attention to making sure that the script was good. The literary scenarios with layers are exciting for me. When I played in the Unbearable Lightness of Being at the age of 23, from the adaptation of Milan Kundera, it was one of my first choices, it was very valuable for me that the script was adapted from this important book.

What would you say about the influence of men in the film industry?

There is still male domination not only in the film industry but in many areas in the world. We see this together. There is still much to be done in order for women to be involved in business and to have the right to speak. We’re not desperate. Perhaps more films should be produced in this regard because movies have a great impact on people and have an important power.

You worked with the best directors. What would you say about your experience with Krzystof Kieslowski?

What do you think is the secret of happiness?

Living in the moment and enjoying it. I’m not much of a thinker of the past. I’ve lived it fully, and it’s over. I’m so lucky that I’m doing my dream job, so I feel very happy.

After you had your breakthrough in Hollywood, you continued to film and act in theater in your country as a world-renowned actress, what would you say?

The place I came from was my essence, I didn’t want to produce work only in the international arena. I owe a lot of thanks and gratitude to the place I came from. I completed my conservatory education in France, and I took my first step in my career in France.

How do you refuse undesired roles? Too many offers must be coming…

It is very difficult to say no in life, but you have to say it. At first, I had never responded at all, but since I have understood that this is a worse answer than no, I say no.

Tell us, do you also paint?

I love painting portraits. I always start from the eye, when painting a portrait. I think the eyes are the most important.

How do you define acting?

Acting is a matter of transformation, you have to become what they want you to be. For a while, of course. This transformation also requires a lot of work. While you’re working, you discover some of your aspects that you didn’t realize before. Patience is very important at this point. You should listen to your instincts while acting, not your thoughts. Daring to try is also important.

Were there any supporters in your career at the beginning?

Once upon a time, when I was a young actress, I didn’t have any money, of course, no one helped me in the artistic sense. I was trying to get to a place, they were tough times. I worked as a cashier in a household goods store. I was auditioning, and I finally got a part.

You are interested in Sufism, how was this interest born?

I’ve been curious about poetry. I discovered Mevlana (Rumi) as a result of my curiosity for poetry and he inspired me. Mevlana’s poems are really fascinating. They give you the key to an inner journey.

Your mother is also an actress, did she give you any advice?

She loved arts and theater. She used to take me to plays. I discovered arts through her guidance. I began acting on stage at the age of 17. My mother was a bit scared but she always supported me.

You maintain your natural beauty, whereas many Hollywood actresses at your age get many procedures done, what are your thoughts on this subject?

If I fool around with my face, I can’t act again. My facial expressions are very valuable to me. In the meantime, I get skin cares, our age is progressing.

Can you go back and watch your movies?

It’s not something I do. I usually prefer to watch them once.

How did you feel when you won an Oscar for The English Patient in 1997?

I felt like Cinderella. I went to a ball and my life changed. My career with the Oscar award entered a very dynamic period.

Finally, what would you say about High Life, directed by Claire Dennis?

I made two films with the same director in the same year. Claire is a great director. She likes to shoot people with their true aspects. An interesting film came out. Those who have already seen it want to watch it again. Our problem is a matter of existence. 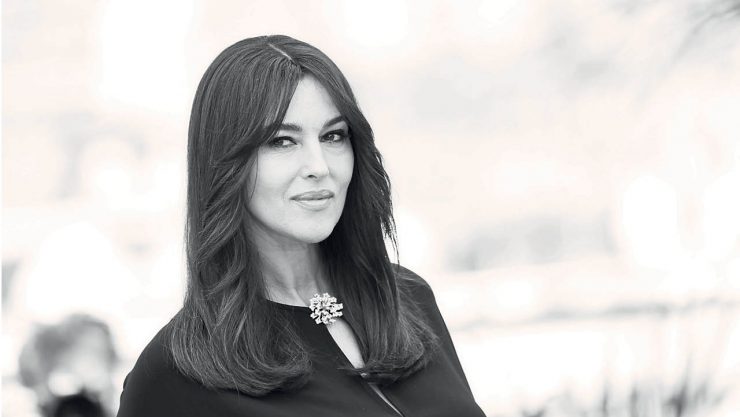 CEM DAVRAN: MY NEIGHBORHOOD WAS MY BIGGEST FAMILY

SHE IS AN AWARD WINNER AND BEAUTIFUL: MERYEM UZERLİ

He is Establishing The Cinema of The Future: Refik Anadol
INTERVIEW
MARCH 2020